This summer me and my friends spent four days in London. This city is one of the most visited cities of the world, so as you can think, there is a lot to see. Four days are not that long, but here is what we did to see and visit the most important sights. Everything we did was free or low budget, so this guide is especially for low budget travelers like us.

First of all, we thought about what we want to see, and then put everything into a map to see which sights are close to each other and we can visit at the same time. On this way we were saving so much time and had the chance to see a lot.

On our first day we only had the evening to explore the city, so we decided to just take a walk around and watch the sunset. We started at St. Paul’s Cathedral and went to the Millennium Bridge that connects City of London with Southbank. From there we could already see The Shard, a super impressing building. Our way led us to the Shakespeare Globe Theatre and we finished our little evening tour with a walk over the famous Tower Bridge.

Our plan for the second day was to go to the Buckingham Palace at 10.30am to see the changing of the guard, which is every day at 11am in the months April to July. What we didn’t know, it was the 100-year anniversary of the Royal Air Force. So, we were pretty surprised when we saw so many people, a parade and finally the Royals driving by.

After that we went to the Westminster Abbey, the Big Ben and the London Eye. Those buildings were really impressing to see in real life and in my opinion it’s totally enough to see them from the outside, so you don’t have to pay for anything. The next surprise showed up while we were watching the London Eye from across River Thames. The Royal Air Force flypast just showed up in the sky and we were so lucky to stand next to the river, so we had a really good view.

Our next stop was M&M’s world. It’s the world’s largest candy store at 35.000 square feet with the world’s biggest chocolate wall. You can go there for free, but of course you can also buy some personal M&M gifts. We spend the afternoon shopping at the famous Oxford Street.

We started the day with some culture at the British Museum. The entrance was free and it shows cultural history from many countries. After that we had a Harry Potter Tour booked (not free, but about 30€), which was a walk to some Harry Potter stops, that were in the movie or that inspired the author of the books. If you are not that interested in Harry Potter it’s not that bad, because with this tour you can also see some interesting parts of the city, you hadn’t seen instead. We ended up at Kings Cross, where you can find the famous platform 9 3/4. There was a huge queue, so we decided to move on and went for lunch to one of the famous markets in London: Borough Market. There you have a various selection of food you can try and of course traditional fish and chips.

At the end of the day we were having a little break at St. James Park next to the Buckingham Palace and went to a bar to watch the football world cup.

On our last day we didn’t plan that much because our flight departed in the evening. We went to the famous district Notting Hill and just walked around looking at the houses. Our next stop was Kensington Palace with the Kensington Park. On our way there we passed by another famous sight: Churchill Arms. You were able to see this building from far away, because it looks so different to all the other buildings around due to all its plants and flowers.

I hope you enjoyed reading my blogpost and my tips helped you planning your trip to London! 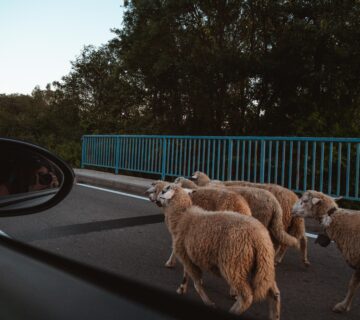 A road trip through the Western Balkans 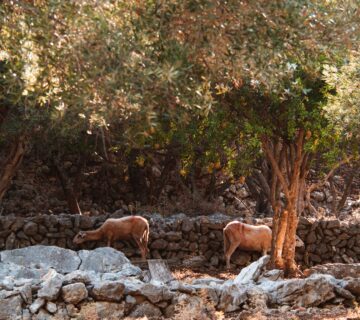 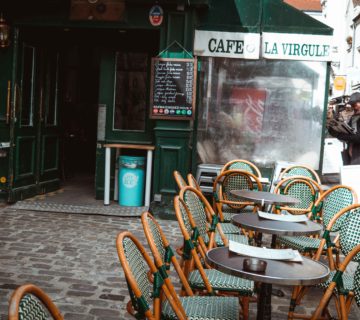 A walkable guide for 3 days in Paris